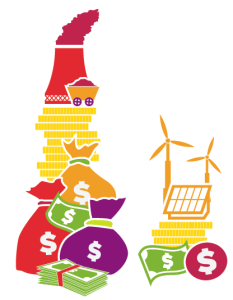 SAFCEI questions why South Africa is rushing into nuclear energy.  According to latest media reports, nuclear power plants are supposed to pay for themselves yet the financial details remain secret.

The decision to build 9600 MW of costly nuclear energy will have a significant and direct detrimental impact on all South African citizens, including future generations, as electricity users will ultimately bear the costs of such unprecedented expenditure.

And neither is a nuclear power station, which takes over 10 years to build, an answer to the Eskom emergency.

Renewable energy plants have already added 1300 MW to the South African grid in just over two years (with a further 1200 MW expected by end of 2015).

As a faith organisation, SAFCEI expresses its deep concern that South Africa’s public policies are not in line with the best options for preserving our natural environment, saving energy and alleviating poverty.

By contrast, globally, a record of 39 GW of new solar photovoltaic (PV) capacity was installed in 2013, which required less financing than in 2012, when only 31 GW was deployed.

“SAFCEI believes that the government’s current approach to energy infrastructure investment is outdated and that it is immoral to commit scarce public funds to promoting outdated nuclear energy power that will not serve the interests of the people of South Africa”, says Sean Brown, Operations Director for SAFCEI.

SAFCEI calls on government to abide by the democratic principle: that of political leadership in service to, and accountable to, the people.  SAFCEI calls on the President to enable a meaningful national dialogue on the financial implications and economic impacts before embarking on a path which will potentially bankrupt the country.  Such a dialogue is long overdue.

SAFCEI has appointed legal counsel to write to the Ministers of Finance (sent 10th February 2015), Public Enterprises (10th February 2015) and Energy (sent 30th January 2015) to ask for confirmation that any nuclear procurement would comply with due process.

At a board meeting in October 2014, SAFCEI elected to seek legal counsel to investigate the nuclear contracts which South Africa had signed.  Faith communities are gravely concerned at the government’s continued support for nuclear energy despite evidence that South Africa cannot afford it.

In November 2014, SAFCEI submitted a number of PAIA applications to government departments regarding the nuclear framework agreements, departments including Treasury and the Department of Energy.

For Example, SAFCEI asked Treasury for all “Records reflecting decisions taken related to the financial obligations and the economic impact of the decisions reflected in intergovernmental agreements on current strategic partnerships and cooperation in nuclear energy” in terms of the Promotion of Access to Information Act (PAIA).

In its response to SAFCEI, the treasury admitted that they had not given any input into the financial implications of any nuclear deals, and SAFCEI voiced its concern that the “South Africa nation has entered into an international agreement without doing their financial homework”.

The Department of Energy has also responded to the Southern African Faith Communities’ Environment Institute’s (SAFCEI) application for information regarding the nuclear deals.

The DoE has refused to release any affordability or feasibility study because the process of deciding on the nuclear build involves “technical, scientific and commercially sensitive information and if released prematurely could prejudice the interests of the other parties, as well as the State and negatively impact on the process”. However, SAFCEI’s response from Treasury to a similar request regarding the nuclear deals was that “no decisions related to the financial obligations and economic impact have been taken by the National Treasury.”

The process to determine whether South Africa should build new nuclear capacity should be determined by South Africans and open to public scrutiny; firstly on the constitutional principle of democratic participation by the people of the country in decisions that affect them, and secondly because such a decision would impact negatively on the electricity price, which would have a major impact on business growth and on energy security for the poor.

SAFCEI is a multi-faith organization which supports faith communities in caring for the earth. It has a broad spectrum of multi-faith membership, including Baha’i, Buddhist, Hindu, Muslim, Jewish, Quaker, and a wide range of Christian denominations.  Through collaboration, networking, research and action, SAFCEI seeks to:

SAFCEI has briefed ODAC to assist with the PAIA request.

ODAC’s mission is to promote open and transparent democracy; foster a culture of corporate and government accountability; and assist people in South Africa to be able to realise their human rights. By promoting transparency, enhancing access to information, supporting whistleblowers and liberating data, we are forwarding a culture of accountability and openness to meet the needs of citizens. http://opendemocracy.org.za/