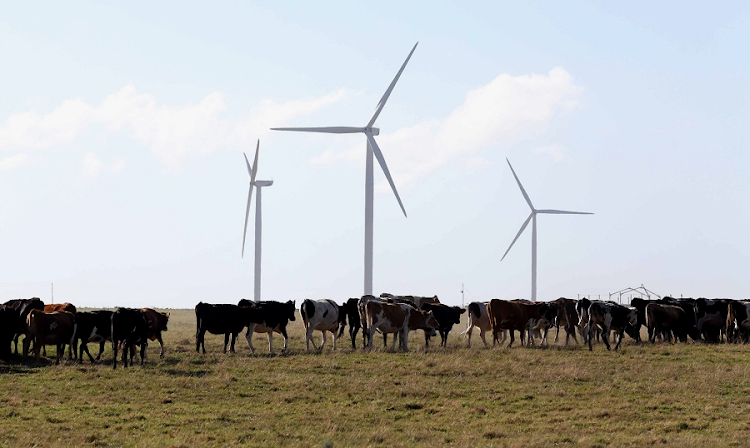 Eskom is stalling on signing government-brokered deals to buy renewable energy from private producers, encouraged to develop capacity after outages over the past eight years. With the economy in the doldrums, the state utility says it no longer requires additional green power, arguing it is not always available during peak demand periods and will push up prices for South African consumers.

Eskom’s reticence over renewables contrasts with its enthusiasm to find bidders for nuclear plants, even after the Energy Ministry in November proposed delaying new atomic reactors by 14 years. That contradiction reflects the schism at the heart of the government, where President Jacob Zuma’s championing of nuclear power puts him at loggerheads with his Finance Minister Pravin Gordhan, who has questioned its affordability.

“There are strong political overtones to this,” said Prof Harald Winkler, director of University of Cape Town’s Energy Research Centre. “It doesn’t give investors in renewable energy consistency. It’s a way of exercising control by Eskom.”

Eskom has refused to sign off on an agreement to purchase 250MW of power from two wind projects planned by Irish clean-energy developer Mainstream Renewable Power, and a deal with Saudi Arabia’s ACWA Power International to supply 100MW of solar energy.

Eskom’s actions were “in contravention of government policy”, Mainstream CEO Eddie O’Connor said in a November 30 phone interview. “These guys have gone completely rogue. It’s increasing the risk of outside investors investing in SA fairly dramatically.”

Some projects had not been signed off because they were “very expensive”, Eskom spokesman Khulu Phasiwe said by phone.

Since SA initiated its programme to purchase renewable energy, independent producers have committed R194bn towards new infrastructure and as of June, 2,200MW of power from 44 projects had been connected to the national grid. Asset finance for the projects rose fourfold last year, the most of any country in the world, Moody’s Investors Service said in a report.

While Joemat-Pettersson has signed off on about 37 other projects worth R58bn that will generate 2,354MW of power and create about 4,800 construction jobs, developers are still waiting for Eskom to sign the off-take agreements.

“A programme like this only works if you have got certainty and you’ve got continuity,” Wido Schnabel, head of business development for Africa at Canadian Solar, said by phone. “Now that the programme has been stalled again because Eskom doesn’t want to sign the power-purchase agreements, it is destroying all the confidence and all the positives.”

Joematt-Pettersson told reporters on November 22 that determining SA’s optimal energy mix must take account of cost, security of supply, efficiency and the environment. Colin Cruywagen, a spokesman for Public Enterprises Minister Brown, did not immediately respond to an e-mail seeking comment.

In August, SMA Solar Technology cited the lack of commitment towards the green energy programme as the reason for shutting its Cape Town factory and transferring production to China and Germany, where it has its headquarters.

Eskom could delay projects by letting quotes for connecting plants to the grid lapse, said Hein Reyneke, Mainstream’s business development manager for Africa. The quotes had been directed to the CEO’s office “but nothing comes out”, he said.

Eskom is building the Medupi and Kusile coal-fired plants that it estimates will cost at least R306bn and will supply about 9,560MW when both are complete. They have run over budget and are years behind schedule. Matshela Koko, appointed Eskom’s acting CEO on December 1, has said the utility is shielding consumers from higher tariffs by not signing new off-take agreements.

“I understand where they are coming from,” said Robert Jeffrey, MD and senior economist at advisory service Econometrix. “Eskom actually has a duty to supply efficient power at the lowest possible price. Clearly renewables don’t allow it to do that at this stage of technological development.”

“Those two are now cheaper than new coal or new nuclear,” said Winkler. “Any monopoly will have concerns about competition.”

SA only had an oversupply of electricity because Eskom’s inability to previously meet demand halted new development and choked off growth, said Schnabel. He sees energy storage solutions improving and decreasing in cost over the next five years, enabling renewable energy to be used at any time.

“We’re missing this huge opportunity,” he said. The developers take the risk and “all Eskom needs to say is that they’ll buy the energy from them over the next 20 years”.

*This article was published by Business Day Live