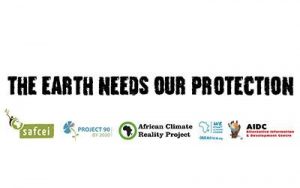 The People’s Hearing on State Capture is intended to collect and provide evidence of the impact of state capture and corruption to the country’s law enforcement agencies and to the Zondo Commission. The Civil Society Working Group on State Capture (CSWG) aims to present a joint submission to the Zondo Commission highlighting its recommendations based on the findings of all of their submissions. The submission will also table the evidence heard at the People’s Hearing to ensure that the public voice is heard by all key players in addressing corruption, including the Commission, in order to strengthen its role and the findings.

The South African Faith Communities’ Environmental Institute (SAFCEI) is a member of CSWG– a coalition of over twenty civil society organisations – which is hosting a People’s Hearing on State Capture in Johannesburg on 12 October 2019.

SAFCEI’s submission to the Zondo Commission on State Capture provides contextual background to the court case in 2017 by SAFCEI and Earthlife Africa Johannesburg (ELA-JHB) that halted the Zuma government’s controversial plan to procure a fleet of nuclear reactors.

We brought the case forward because it’s essential that there is public participation in government planning and decision-making on energy procurement. The environmental and economic merits of other energy sources are better for communities and South Africa’s future when compared to nuclear. Nuclear, coal and fracking are still present in government plans, despite the heavy societal and environmental costs they lead to.

South Africa must intensify its commitment to renewable energy sources for the sake of people and the environment. Already we are facing severe droughts and storms, and these are set to become worse as climate impacts increase. If we do not reduce our reliance on fossil fuel energy sources, we will face far worse.

ELA-JHB and SAFCEI’s successful litigation to stop nuclear put on hold what would have been the single largest public infrastructure procurement programme in South Africa’s history. The coordinated, determined and often secretive efforts to commence the R1 trillion nuclear new build programme threatened to not only undermine South Africa’s sovereignty, but posed a risk of economic calamity for the country. Current and future generations of ordinary electricity users, the South African taxpayer, would have had to bear the excessive costs through increased electricity prices. Socio-economic developmental projects aimed at uplifting the poor majority of South Africans would also have been compromised as those funds would have been diverted to pay for the new builds.

Revisiting what occurred for the Zondo Commission has provided an inflection point to highlight that going forward, for any major energy procurement projects need independent oversight at all stages – pre-procurement, procurement and post-procurement – to prevent further state capture. With the release of the Integrated Resource Plan imminent, it is important that South African communities and civil society in general are vigilant about how the government make decisions and spends on energy projects, so we don’t have a repeat of the nuclear deal state capture.

The submission also highlights that two procurement contracts were awarded by the Department of Energy (DoE) without following competitive tender processes. These included a R171 million contract for a nuclear build programme management system, and a 3-month contract for advisory services (that quickly escalated from about R21 million to in the region of R100 million). These irregularities were outlined in the Auditor General’s report on the Department of Energy for the 2016/17 financial year.

Despite the above alleged irregularities, on October 2018, the Minister of Finance tabled an adjusted budget with an additional R59 million allocated for the nuclear energy programme. According to a written response by the Minister of Energy to a National Assembly Question, this was “to settle the long outstanding commitment that the Department has with regards to the development of the Integrated Information Governance Process Management System during 2016/17 and 2017/18 Financial Years”. In other words, after the Auditor General had flagged the contract as being irregular, the Department of Energy still paid the service provider. Most of the R59 million came from the Department of Energy’s programme 4: Integrated National Electrification Programme and specifically from non-grid electrification.

The Integrated National Electrification Programme manages the finance and implementation processes for the electrification of 1.25 million households through grid and non-grid technologies. Households that aren’t electrified are typically the poorest households and in rural areas far from metropoles. An example of non-grid technology is a solar panel on the roof of a house in a rural area. The solar panel is not connected to the electricity grid but provides electricity directly to the household. 59 million rands was diverted from the electrification of poor, rural households to a supplier who was awarded a contract irregularly.

At the time when the R59 million was taken from the Integrated National Electrification Programme , the performance in relation to the Integrated National Electrification programme, entailed that 82,289 additional households out of a planned 200,000 households for 2018/19 had been electrified with grid electrification and 728 households out of a targeted 20,000 were provided with non-grid electricity connections. Six months into the financial year, the implementation rate didn’t suggest that the allocation of money for programme 4 and particularly non-grid electricity connections allocation should be decreased.

There is a need for accountability in nuclear energy planning and procurement. SAFCEI’s recommendations to the Commission include emphasizing the need for a legislative provision requiring affordability and economic viability in energy planning and procurement to be activated. Also, that transparent, cost-effective and independent systems for energy infrastructure developments are lacking. Such systems are critical to protect the public and taxpayers from future large-scale over-expenditure on risky, outdated and expensive technologies such as nuclear, and to limit opportunities for rent-seeking and corruption.