The Southern African Faith Communities’ Environment Institute (SAFCEI) and Earthlife Africa Johannesburg – the two civil society organisations who took the South African government to court over its illegal and unconstitutional R1-trillion nuclear deal with Russia in 2017 – are concerned at the new push by the Department of Minister Resources and Energy (DMRE) for more nuclear energy, while stifling progress on renewable energy projects.

SAFCEI’s Executive Director Francesca de Gasparis says, “DMRE’s seems single-minded on touting nuclear energy as the solution to our energy crisis. In the past two weeks alone, we heard of three disturbing developments. First, there is the news that the National Energy Regulator (Nersa) will concur with the Minister’s Determination – section 34 of the Electricity Regulation Act, 2006 (Act No. 4 of 2006) – to start procurement processes for 2,500MW of new nuclear energy generation capacity. Secondly, Eskom is seeking a site license for Thyspunt, the popular tourism spot of Cape of St Francis, to become a nuclear power station from the National Nuclear Regulator (NNR).”

“And thirdly, we also recently heard that Eskom had signed a refurbishment deal with a U.S. engineering firm, which will essentially extend the lifespan of the Koeberg Nuclear Power Plant. Again, if the reports are true, it means that the lifespan extension of the nuclear plant is going ahead without any due process or public participation. As we understand it, Eskom’s application to the NNR for a licence to operate the Koeberg past 2024 must include meaningful public consultation. With this in mind, it is clear that current processes are flawed,” she says.

“Government’s own researchers acknowledge that renewable energy is the lowest-cost option, and in line with global trends. Yet DMRE seems adamant about thwarting implementation of renewable energy. We could install renewables now and reduce possible energy bottlenecks in 2024, and in the process our energy needs will be addressed in an inclusive and equitable way. It seems that the President’s announcement to increase the threshold of embedded generation from 1MW to 100MW is not being taken forward elsewhere in government, serving only as a distraction from the big-ticket items extending and increasing nuclear energy, which take forever to build and are well-known to run over cost,” says de Gasparis.

Earthlife’s Director Makoma Lekalakala says, “Based on last week’s poorly organised public hearings, organised by the National Nuclear Regulator’s (NNR), it is clear that government is not committed to meaningful engagement with the public, as required by the Constitution. Some of the key issues raised by communities – and in fact, by concerned South Africans around the country – regarding Eskom’s application for a Nuclear Installation Site Licence (NISL) at Thyspunt in Eastern Cape relate specifically to the lack of meaningful participation. While public hearings are an opportunity to better understand the implications and potential impacts of installing a new nuclear power station or extending the lifespan of an old one, it seems to have become nothing more than a box-ticking exercise.”

Lekalakala adds, “Since nuclear power plants require huge subsidies, which will divert resources away from other social needs, the public needs the chance to weigh in on these huge and far-reaching decisions. Several other valid concerns from the public, such as the inadequate safety planning in the event of an accident, makes thorough and comprehensive participation incredibly important. South Africans did not get a say in the decision to build Koeberg, back in the 1980s but in 1994 we said, “Never. Never. And never again.” We will therefore continue to fight for the right to be involved.”

According to Earthlife and SAFCEI, what the government should have learnt from the 2017 court ruling is that meaningful public participation is a cornerstone to these processes. The NGOs say that South Africa cannot afford to waste any more money, as a result of the government not following its own rules and that it is worrying that many of those implicated in the illegal nuclear deal with Russia, still remain in the DMRE. The organisations made a submission to the Zondo Commission, to this effect, in 2019.

Earthlife’s Ulrich Steenkamp adds, “There are cheaper, safer energy options other than nuclear energy. Renewable energy, for example, are cheaper to build and requires less construction time. If the aim is to solve our loadshedding and energy crisis quickly, while not plunging our economy into further debt, renewables seem like a better, faster, and safer solution to our problems. Far better than waiting for more than a decade and spending who knows how many millions of Rands to build these expensive nuclear power plants.”

Below are a variety of comments from South Africans concerned with SA’s nuclear aspirations, particularly in respect to the nuclear installation site licence application for Thyspunt:

Provincial Coordinator of ECEN – an environmental justice network of community-based organisations – Sibusiso Ndidi says about the Thyspunt NNR hearings, “We find that these public hearings are not held in places that are accessible to the affected communities. Even online, this cannot work for our people because many do not have access to smartphones or airtime. At the heart of the matter, it is clear that the public’s contributions in these decisions are not valued. Some people were locked out of the Thyspunt hearings, it was said, because of Covid regulations. We have been in Covid for nearly two years now, so why are we not taking these realities into account when conducting public participation? This type of hearing cannot be considered meaningful public participation on the issue of nuclear power at Thyspunt.”

Ndidi says, “In Kouga Municipality there are a number of wind farms already supplying electricity to Eskom’s grid. Why then do we want to bring nuclear, when we could rather expand the current wind generation capacity already existing here? This is in line with global trends, moving to renewables, which has less impact and is far more sustainable.”

Zukisa Mankabane from the Eastern Cape Environmental Network (ECEN) in Gqeberha attended the NNR hearing in Jeffery’s Bay. He says that Section 24 of the Constitution is there to protect the people from environmental harm. “The people need development that considers the environment and the sustainable use of natural resources. The impact assessment is not clear about the potential harm (to people or the environment) that may result from this project.”

Anglican Archdeacon of Graaff-Reinet in the Karoo, Dr Mark Marais ospb, was registered and expected to speak on the second day but did not get an opportunity to make a presentation. He says, “As South Africa’s main electricity service provider, Eskom must act in the best interests of its clients. The decisions made by service providers must be guided by the ethical standards of clients. As South Africa is essentially a faith-based country theological ethics rather than secular ethics is that ethical standard. From a theological ethics perspective, safe energy production which can stimulate the retention of people in rural areas is what South Africa’s state-owned energy enterprises need to invest in.”

Celeste Esau from the Social Justice Lay Leader at the Cape Town Unitarians and a member of SAFCEI was supposed to present at the NNR’s Thyspunt hearings, but due to a power failure at the venue, was unable to do so. They say, “As faith leaders, it is vital that we keep engaging in these processes on behalf of our communities. Every faith has care of the Earth as a foundational concept. A nuclear build flies directly in the face of our sacred directives. Our faiths envision a world transformed, where humanity, in all its diversity, has developed a shared reverence for life on Earth. This should be the era in which conquest, extraction and exploitation has given way to cooperation, regeneration and community.”

Lydia Petersen from the Koeberg Alert Alliance – an NGO that has been raising concerns about issues at Koeberg for some time now – says, “Nuclear power is a dying industry. Internationally, newer technologies including solar, wind and battery storage are displacing old technologies such as nuclear and coal. Eskom should embrace the future, and not cling to the past.”

Petersen says, “Eskom has a less-than-stellar power plant maintenance track record – consider the recent explosion at the Medupi coal-fired power station – and I believe that the public are justified in our concerns about the state utility’s ability to safely run Koeberg past its sell-by date or to initiate plans for any new nuclear. In addition, Koeberg is a design from the 1960s built in the 1970s. It lacks several safety features required in all new reactors, particularly since the hard-learned lessons from the Fukushima nuclear disaster.”

Barend Fredericks from Knysna says, “Local small-scale fishing communities, who depend on the ocean for their livelihoods, are concerned about the prospect of having a nuclear power plant at Thyspunt. Already electricity is too expensive for the average South African. Not only is it a costly exercise (and a waste of money), but it will not bring us jobs. There is no work for uneducated people. That is why we need the ocean. To survive.”

A fisherwoman from Knysna says she is concerned about the impacts a nuclear plant at Thyspunt might have on the ocean and local marine life. She says, “Many women here rely on the ocean to take care of their families. We therefore do not support anything that puts the ocean at risks. We rather want government to invest in renewable energy sources, like wind and solar.”

One Plettenberg Bay youth says that since he is unemployed and struggling to find work, he relies on the ocean for food and an income. Why choose energy sources that could put our natural resources at risk? We want the government to choose better. We want renewable energy projects, implemented at community level so that it works for the people. This would be much better. 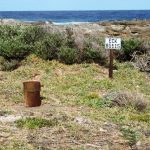 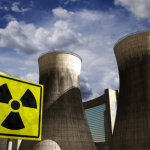