At a critical time for decisions about the intensifying climate crises – with global climate action talks (COP26) happening in Glasgow Scotland – the Southern African Faith Communities’ Environment Institute (SAFCEI) and Earthlife Africa Johannesburg say the South African government continues to promote nuclear energy as a viable solution to climate change. In recent weeks there has been a variety of troubling media reports about Koeberg power plant (which include serious concerns about the running of the plant and issues with staffing), and yet there is very little information being shared with the public about the government’s plans for more nuclear energy, particularly regarding the extension of the lifespan of Koeberg. As a result, the environmental justice organisations recently sent a letter to the National Nuclear Regulator (NNR) seeking clarity regarding Eskom’s plans for the Koeberg Nuclear Power Station.

A year ago (26 October 2020), the NNR released a media statement indicating that it had been notified by Eskom (in July 2020) that it intends to extend Koeberg’s lifespan for another twenty (20) years. The statement indicated that Eskom would ‘formally apply to the NNR for Long term Operations early in 2021’. Then, in August 2021, news reports suggested that Eskom had hired US firm Jacobs Engineering Group ‘to upgrade Koeberg as part of a R20 billion plan to keep the nuclear power station operational until 2045’. Yet, up to now, no license application had been published in the Gazette, and to date interested and affected parties have not been afforded an opportunity to comment on or make representations in respect of any such extension application by Eskom.

“At the moment, it is unclear what Koeberg’s licensing status is. While an Eskom media statement (on 25 October 2021) says that a formal application to extend the operating license has been submitted to and accepted by the NNR, what we would like to understand is when was the application submitted to the NNR and when will this application be published in the Gazette? In the same announcement, Eskom also states that, next January, Unit 2 at Koeberg will be shut down for steam generator replacement, with the view of extending the operational life of the plant by ‘a further twenty years beyond 2024’,” SAFCEI’s Executive Director Francesca de Gasparis says.

Earthlife Africa’s Nuclear Campaigner Ulrich Steenkamp says, “It does not make sense that Eskom appears to be undertaking projects to refurbish parts of Koeberg, as part of its extension of life plans, without the relevant license in place. Securing the license is not a foregone conclusion. There are still several requirements that must be met that cannot be guaranteed. This persistent lack of transparency, on top of the lack of meaningful participation on these matters is very reminiscent of the R1-trillion nuclear deal with Russia, which was ruled illegal and unconstitutional in 2017. This is why we picketed outside the Department of Mineral Resources and Energy (DMRE), last year. It is a concern that Eskom may be undertaking projects aimed (at least in part) at extending the life of Koeberg, without the appropriate license have been granted. It is also a concern that the NNR’s future decision on any such long-term operation license application may be unduly influenced by significant funds invested by Eskom prior to the license being obtained’.

“As it is, there are several concerns about management issues at Koeberg, and as a result, what that means for the overall safety of the plant. The situation becomes even more worrying when we consider that the Unit 1 reactor appears to have been offline for the better part of this year (about six (6) months) – from January to June, then again in August, and again Sunday last week for a few days– and we are only in October. One, therefore, questions statements claiming that Koeberg is ‘fully operational’ and providing ‘a reliable supply of electricity’ when it clearly is not,” adds de Gasparis.

Both SAFCEI and Earthlife say they are concerned about the structural safety of the nuclear plant which, according to its original design, should be moving toward decommissioning soon. They say that the recent and unexpected series of earthquakes in Cape Town (September and November 2020), in addition to the structural damage of the containment building should play a role in deciding whether or not a plant life extension really is the best thing. Significant changes in population demographics in areas near the Koeberg nuclear power station is also a relevant factor to take into account, as is the question of the safe long-term operation of an aging power station located close to the Cape Town CBD.

Steenkamp says, “It would be a huge concern for South Africans if the process to refurbish Koeberg to run for another two decades has been started before any license (to extend the plant life) has been granted. Have the upgrades, which are reported to be part of long-term plans to extend the life of Koeberg, already been approved by the NNR? What happens if it is found that extending the life of the nuclear plant is not feasible? Who will account for the public funds wasted on something that cannot (and should not) be refurbished or that the people may not even want anymore?”

He adds, “And while accurate information on the safety of Koeberg is hard to obtain, are we supposed to be satisfied with Eskom’s claims that the nuclear plant is safe? Ultimately, we must question, is Koeberg really worth the risk? On a good day, with both units operating, the plant only supplies five or so percent (+/- 5%) of the country’s energy supply. However, with all this down time, this contribution must be considerably less, for this year.”

“At a time when we should be investing in safe and renewable energy solutions that do not harm the environment nor exacerbate the climate crises – nuclear is not such an energy source – it is also a concern that amendments are being proposed to the National Nuclear Regulator Act that could have the effect of undermining nuclear safety governance,” adds de Gasparis.

Issued by Maria Welcome, on behalf of SAFCEI and Earthlife. For media queries, contact: 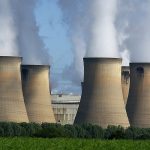