It has now been just over a week since Energy Minister Gwede Mantashe fired Peter Becker (on 25 February) – the community representative on the board of the National Nuclear Regulator (NNR), a position that is required by law – and many communities and civil society organisations are seething. Many feel that this dismissal implies, especially for those communities who live in the surrounding areas of Koeberg and near sites that government has earmarked for nuclear (such as Thyspunt), that their safety and their concerns about nuclear energy will either be silenced or will not effectively be dealt with.

According to Francesca de Gasparis, Executive Director at the Southern African Faith Communities’ Institute (SAFCEI), “This dismissal also sends the wrong message to current and future board members, who may not want to risk their position by speaking out about issues that concern them and those they represent. The role of the community representative on the Board is to represent communities when it comes to developments that could put their wellbeing and livelihoods at risk.”

“Given his knowledge and experience in nuclear energy, SAFCEI nominated Becker to the NNR Board as we thought he was the best candidate to ensure community representation regarding the consequences of nuclear energy and the potential effects it could have on those communities. As we have seen with Chernobyl and Fukushima – nuclear disasters that were caused and/or exacerbated by human error – nuclear is dangerous, with far-reaching consequences. It does not serve the community interests and good governance to only have pro-nuclear proponents on the Board; it must be someone who is willing to challenge the government’s decisions and ask the difficult questions,” adds de Gasparis.

This sentiment is reiterated by Professor in Nuclear Engineering at North-West University Dawid Serfontein. He says, “All nuclear accidents to date have been caused by hubris. For example, if the engineer in charge of the Chernobyl nuclear reactor thought that a nuclear disaster was a possibility (which he likely did not), he would not have removed the plants automatic safety equipment with a spanner and thus the accident would not have happened! Where hubris is part of the culture, you need some sceptics to hold the optimists accountable. As such, I believe that if Peter Becker was present in the control room at Chernobyl, the accident probably would not have happened.

Serfontein adds, “By firing the only nuclear sceptic from the NNR Board, the Minister further entrenched the existing culture of hubris in the nuclear fraternity, thereby substantially increasing the probability of a nuclear accident at Koeberg Nuclear Power Station. So, for the sake of having continued safe nuclear power from Koeberg, the Minister’s irresponsible decision needs to be challenged!”

Community Activist Lydia Petersen says, “Civil society was dealt a devastating blow with the dismissal of our representative on the NNR board. Firstly, I am confused about how the NNR’s community representative can be removed for being involved with communities, in terms of nuclear issues? How can his meeting with affected communities be viewed as misconduct? It is a legal requirement to have civil representation on the NNR Board, therefore as I understand it, it would not only be unlawful but also not in the best public interest should the NNR continue making decisions without public representation.

Our communities have many concerns about the safety of Koeberg, such as the recent contamination leak, in addition to a flimsy evacuation plan that severely lacks substance, in terms of safety, awareness and action. Consider Koeberg’s emergency alarm system test, yesterday. While many in the surrounding suburbs could hear the alarms, many could not hear the announcements on the public address system. This was therefore futile because not only should people hear the alarm, but they should also be able to clearly hear the instructions that will go along with it. Yet, here we sit with a defective emergency alert system and no-one to highlight this as an issue. Who will raise our safety concerns about Koeberg now?”

CEO of the Federation for a Sustainable Environment and former civil society representative on the Board of the NNR Mariette Liefferink says, “When I was appointed in December 2009, I started in this role assuming that my job was to represent the interests and concerns of civil society (seeing as how I was the civil society representative). But I became painfully aware that my oral and written submissions and calls for interventions to the Board were viewed with disapproval. I was cautioned that I should follow the correct procedures and protocol. Among the different values the NNR espouses in its corporate communications, is “Openness and Transparency”, however in my experience, the culture of the NNR is one of opaqueness where even the most innocuous questions are met with suspicion and subject to cumbersome processes and inexplicable delays.”

Becker, who has consistently been actively engaging the public and civil society organisations to fulfil his mandate to represent their concerns to the NNR Board, held a public meeting with several civil society organisations on Thursday 3 March to discuss whether or not the public felt it important to be represented on the NNR Board and how they wanted to be represented, when it comes to nuclear safety concerns. Based on the outcomes of the meeting, Becker has decided to challenge the Minister’s decision in court.

Becker says, “I have taken the role of representing communities to the Board very seriously, since that responsibility is spelled out in the NNR Act. I do not see any way to represent people without meeting with them and hearing their concerns. It is puzzling to me that the NNR and the Minister see that as grounds for a complaint and my dismissal.”

Energy Advisor to OUTA Liziwe McDaid says, “By law, government must appoint a community representative to the board of the NNR. But what message does the dismissal send to the next representative about the consequences of opposing government views? After our hard-fought victory against the unlawful nuclear deal in the Zuma era – where meaningful public participation did not happen – it is rather disappointing that the current energy minister seems to be similarly dismissive of critical voices, ignoring that these critical voices can only strengthen the oversight of the nuclear industry by ensuring that robust debate happens before decisions that can impact current and future generations take place.” 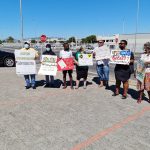 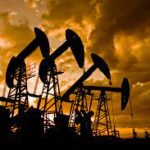